Pastoring this church from the very first, it has been thrilling to witness the enthusiasm of which this church functions.

It is alive and vibrating and keeps me feeling  young and encouraged for its future.  We have hosts of young people coming forward in our assembly, and those that are just a little “older” than young make the church fairly youthful.

We also of course have some “Mothers in Israel”, who are examples of maturity, stability and strength.  My wife and I have been involved in the ministry and work in the Michigan District for over 33 years.  We started and founded the church in Owosso, Michigan, in 1954.

In 1961, the Lord laid a burden for the city of Grand Ledge upon my heart.  Not knowing one person, I drove up and down the streets of the city, praying for God to open up the hearts and homes of the people for the whole Gospel.

God answered prayer.  In May of 1963 a store front building became available to us at 405 S. Bridge Street.  The building size was 11 by 25 feet.  Before the year was up it was filled and a new location for the church was found at 124 E. Scott Street.

It too became too small for the growing congregation.  Then a beautiful church was purchased on the main street of Grand Ledge at 200 North Bridge Street, where many were won to the Lord.  The Lord laid upon the church’s heart to build the present facility, which is designed for growth.

There is a feeling of revival in the air and a growing desire to see new faces and meet new people, that will come along with us on our Journey to that Eternal Home in the Sky.  This is a church that can’t wait for the next service. 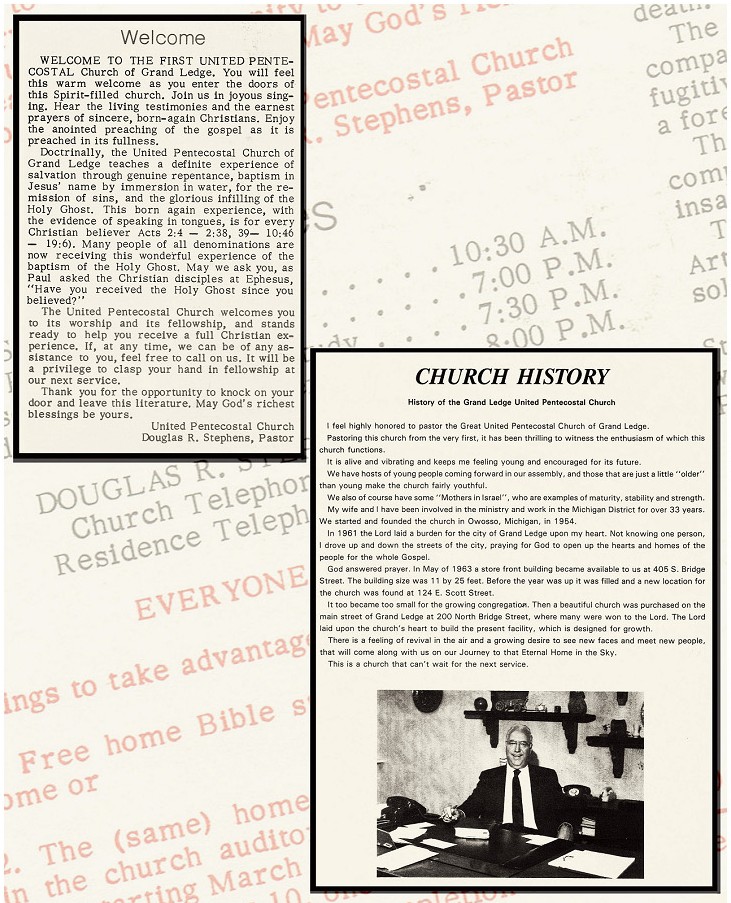 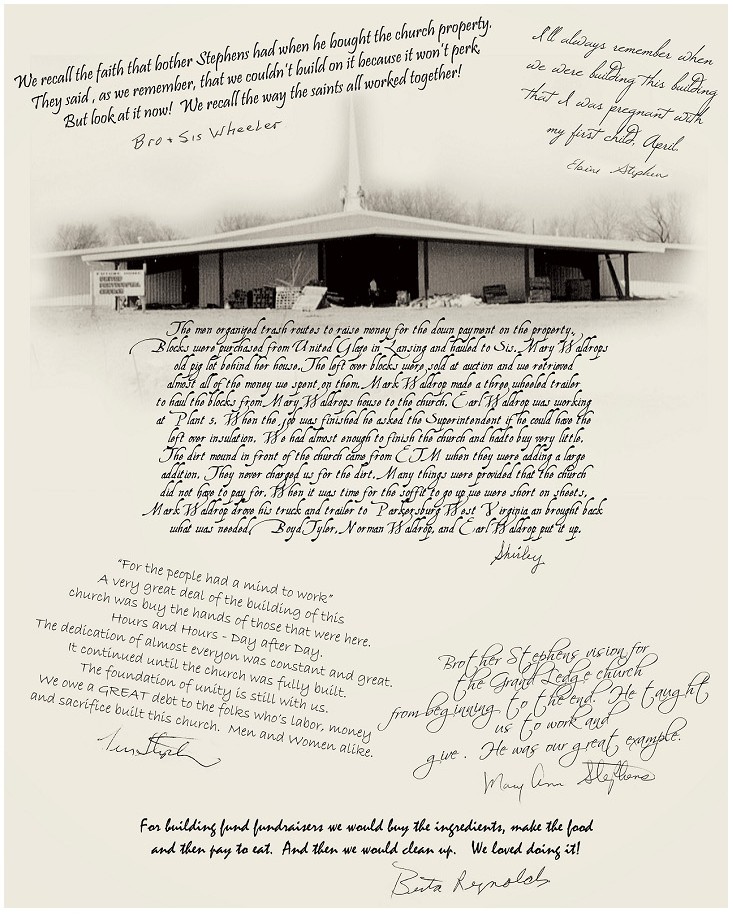